A long overdue post, because I finished the dress and wore it in July.

1 – I’d never worked with sandwashed silk before, and it’s a very delicate fabric

2 – I lost my trusty shift dress pattern, and had to create a pattern using my own body measurements from scratch

3 – My mother’s sewing machine was eating my fabric and tearing holes in it last time I used it. She confirmed it was “broken”, and so I was left with needing to hand-stitch every single part of this dress.

How did it go? Well let’s just say I’ve never worked harder in my life on a dress. And I made a friend’s wedding dress last year! This was harder. Less stressful, because I did have a backup plan for what to wear… But harder, for the three reasons listed above.

How did it go? Scroll past the photos to read a short version of the highlights. 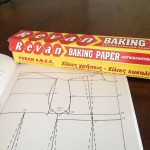 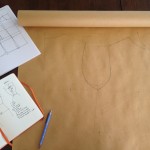 drawing out the pattern 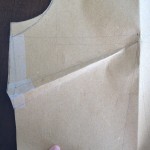 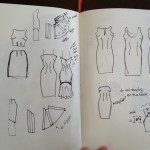 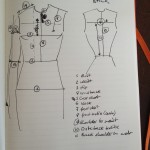 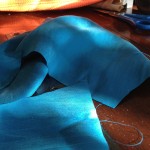 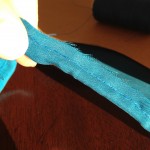 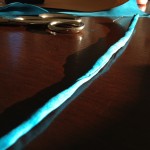 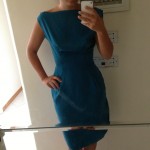 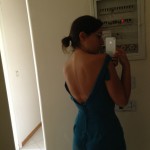 first fitting from the back (no straps)

second fitting from the back (with straps) 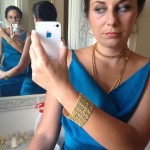 wearing it on the night 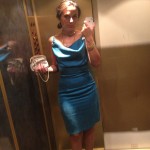 on my way to my friend’s wedding! 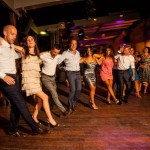 You can see the dress peeking on the dancefloor

I was lucky enough to have found, a few days before leaving, this amazing book on pattern making. It’s very simple, has practically no instructions, but for someone who can solve complex mathematical equations and likes building IKEA things without instructions (or, ok, confirming her guesses before ending up with a table instead of a bookcase…), it was enough.

One of the photos above shows me being creative and trying to use baking paper as my pattern paper. An excellent idea. Except I pulled the paper out of the roll, and had about 30cm in my hand. It was empty. And as I started this on a Sunday when shops are closed all over Greece… well… I was lucky to find some IKEA craft paper nearby.

The first version of the dress had no straps on the shoulders. Seeing how it sat, however, I had to do something, and decided to add straps. I made them by hand, each stitch done by hand, and flipped once I was done. I used an interesting trick and stitched thread inside the tube. I’d attached it at one end, kept it inside the tube I was stitching (while inside out), and when it was ready to flip, I used that thread to pull it inside-out! Worked like a charm 🙂 Of course I had to be careful and not tug at the thread until I broke it. It was more about using it to help ease the fabric through. It made a huge difference though!

The fitting was a bit difficult, as I had limited assistance from my mom. She likes things very loose, I like them well-fitted. In retrospect, having had dinner in the dress and danced for more than 5 hours wearing it, I should have made it a little bit looser. My stitches held beautifully (I was more surprised than you are), and the dress looked amazing.

Another trick I used to help the cowl drape properly. I noticed the dress was falling backwards. Normal, given how I’d cut it. So I decided to weigh it down on the front. I made tiny pouches from the same fabric as the dress, put three loonies ($1 coins from Canada) in each, and stitched them closed, and to the base of the straps on the front of the dress. I had to secure them on the sides, too, as they had a tendency to dangle and get in the way. They held really well through the night, and even through the subsequent handwashing of the dress. I didn’t have to tug at my neckline, it stayed where it was supposed to be, which was great!

What I learnt:
– You CAN make a dress entirely by hand. But you really don’t want to. It takes forever.
– If you’re going to dance in a dress and feed in a dress, leave yourself a couple of inches of room for it.
– Making a pattern from body measurements involves some guesswork and 3-dimensional magic (which I’m not sure I possess)
– You can make a gorgeous silk shift dress with barely 1m of material (at £15/m, this is a bargain dress!) and it looks stunning. I did spend a good 20 hours making it though, so your call.