This weekend I went to Wimbledon. I wasn’t entirely clued in that we were going to go watch the tennis (I’d assumed this was a selfless shopping trip offer from my boyfriend. Oops.) and had some fun shopping. One of several (maybe 6?) stops was Question Air, where I came across a rack-full of Vivienne Westwood (one of my favourite designers!!). I looked at lots of things, but the item that caught my attention the most was a simple summery top with a cowl-necked front and straps leading to a squared open back. There were buttons down the side, and as I was trying it on, my boyfriend noticed one was missing. As if on cue, seconds later, “tap… tap tap tap…” another fell off!! 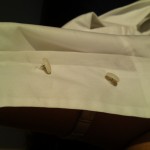 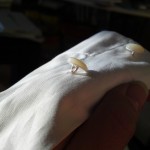 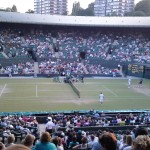 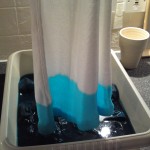 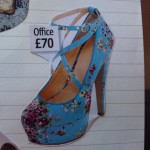